When the Absolute comes to the breakfast table

Damien Brohon is an artist, a teacher and an author. He has been studying and practising Buddhism and Dzogchen for 30 years.


Damien, a long-time practitioner, talks to us about the irruption of the absolute in our daily lives. It can even invite itself at breakfast time, a time when we would like to remain quiet…

It’s the usual breakfast table with its used-white bowls, ultramarine glasses and bent spoons. The cup of hibiscus tea sits next to the box of cereal. They are shapes and colors seen, before being flavors, distinct then mixed. Then they become the alleviation of the hunger felt just now, before breakfast. A floating caffeinated smell, heralding what is quietly being prepared, right next door. The radio emits sounds supposedly carrying meaning, while from the street comes the noise of the world. Outside it turns, it rolls, it’s already moving.

For my part, I am still almost immobile. My movements are still imbued with the heaviness of sleep; my mental stream is still tinged with the dreams that occupied the night. The emotions felt then are still present but in a more domesticated form. There are no longer battalions of rabid elephants to tame, just a vague apprehension of the challenges of the day. This is how my attention slowly turns to what is commonly called “reality” i.e. what is socially accepted as such.

The Dharma (the tradition initiated by the Buddha) invites us to examine these phenomena. Are they permanent or constantly fluctuating? Are they autonomous or mutually dependent on each other? Are they single or multi-party?

But is this consensus really satisfactory for defining reality? Couldn’t the inherent frustration of the human condition that plagues us so often stem from a diminished and never really examined view of life?

The tradition of Dzogchen names all that has been described above, like all that we are experiencing at this very moment the “ phenomena ” (in Sanskrit dharmin in the plural and dharma in the singular). Shapes, colors, textures, sounds, smells, but also thoughts and emotions thus constituting a phenomenal shimmering frame. The Dharma (the tradition initiated by the Buddha) invites us to examine these phenomena. Are they permanent or constantly fluctuating? Are they autonomous or mutually dependent on each other? Are they single or multi-party?

And also: Does the world I see exist outside of my perception (is the table “objectively” a table? Is it for an ant?)? Does my sense of being myself exist in and by itself? Or should it rely on the perception of external objects (Where is the self without an “image of myself” like a reflection in a mirror?)? These questions distract us from our mental routines and turn our minds to the ultimate nature of phenomena, literally, the Dharmata. Really answering it can radically change our view of reality and therefore our life.

Then the coffee tastes of true freedom and the cereal tastes of the peace that comes from seeing directly the heart of what is. Everything has changed but nothing is different. There is no other world, but this one is infinitely vast, open and luminous. What if the absolute invites itself to the breakfast table? It only takes one look. 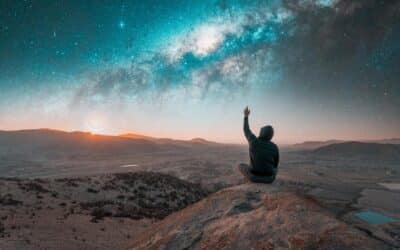 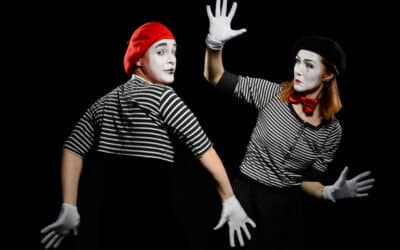